It’s spring time and love is in the air. I’ll make a bold proposition that now is the time for SMS and IoT to start dating.

It’s the picture-perfect scenario where IoT, the darling of the tech world, meets SMS (text messaging), the staunch work horse of the communication world. It’s the matchup of the ages. As with all “IT” couples, I’m going to name it something special: D2P – Device to Person.

Devices Are Meant to Speak With You

It is estimated that billions of devices will be Internet enabled in the next few years – far surpassing the number of mobile phones. In fact according to Gartner’s latest report – there are 6.3 billion connected devices growing to over 20 billion in the next four years (other analysts like Statista make estimates of 50 billion devices by 2020).

It strikes me that at all of these devices will have to communicate at some point with a human. For example, yesterday a strange icon appeared on my car’s dashboard and it took me a while on Google to figure out that one of my tail lights wasn’t working. It got me thinking how it would have been very convenient to just get a text message from my car in plain English saying “your tail light is no longer working. Would you like me to schedule a repair appointment at your nearest dealer”? 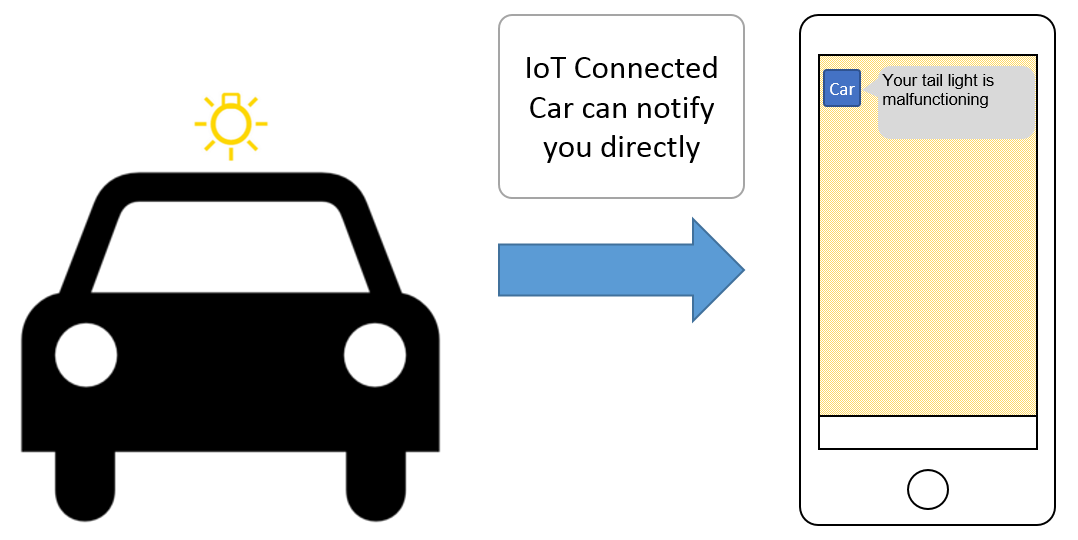 SMS Reduces Your Development Costs and Time to Market

We are at the beginning of the IoT revolution and every service needs to develop and launch an application so that the device can inform the user about status, notification, or alerts.

There is a real thing out there called “app fatigue”. Companies are finding it increasingly difficult to get users to discover, download and install their application. Users have to swipe through pages and pages to get to the next device app. As IoT begins to proliferate, I truly believe that a marriage between an IoT device and SMS delivery will solve the application overload we are all experiencing.

No Development Upgrades and Nightmares

If you are developing the next big “I gotta have it” IoT device and service, then you have to spend a lot of resources on launching your product with a companion smartphone application. The minimum requirement would be on iOS and Android (and maybe Microsoft as well). That requires a team (UX, developers, etc.) and a minimum of a few months to get it launched.

With an IoT/SMS combination you can quickly go live without the expense of application building. It is the ultimate in a Minimum Viable Product (MVP). The upside is you never have to worry about software application and OS upgrades again. As an example, last week I stopped using Uber because they upgraded their application and it didn’t work on my older OS phone. I tried upgrading the OS, but there wasn’t enough memory on the phone. So it became a vicious circle. It would have been easier for me to text Uber, “I need an UberX and my location is 1234 Main St”. In fact, announced a similar service using Facebook Messenger at the F8 Developers Conference.

Of course, developers still need to build the backend of an app, most likely on a cloud service. But instead of worrying about prodding users to upgrade all of the time, changes are made behind the curtain so to speak.

Let’s look at an example of a connected car making more services available to the car owner by simply using SMS and no smartphone app. 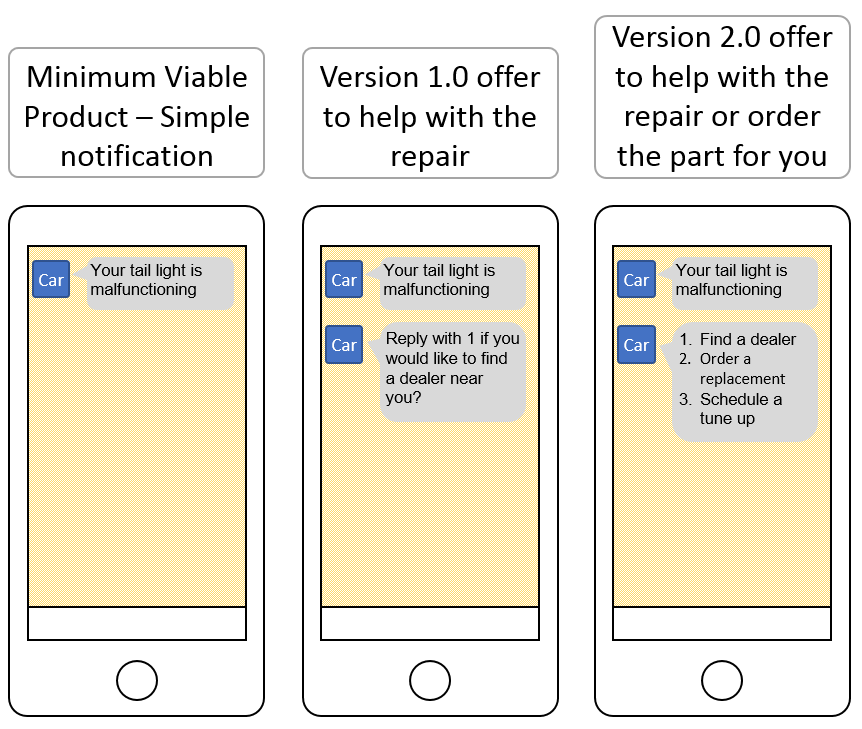 SMS Gives You a Platform to Build On

The ubiquity and familiarity of SMS is unparalleled in the mobile world. Every single phone – whether it is the latest smartphone or your grandmother’s 10 year old Nokia –  supports SMS. This means that your IoT service can live well past software updates, past OS versions – literally the same software can be used for years and not months.

If you are building the next ground-breaking IoT service and find SMS an interesting option, feel free to contact us at OpenMarket and we can help find the solution that is right for you.

At OpenMarket, we’re very proud of our Seattleite roots. The city and its thriving tech scene are amazing places to live and work. Even as…

10DLC is finally here! And we’re excited to announce that you can start sending 10DLC traffic through our new 10DLC tool right now. This is…