The Shift from Apps to AI, Messaging, and Chat Bots 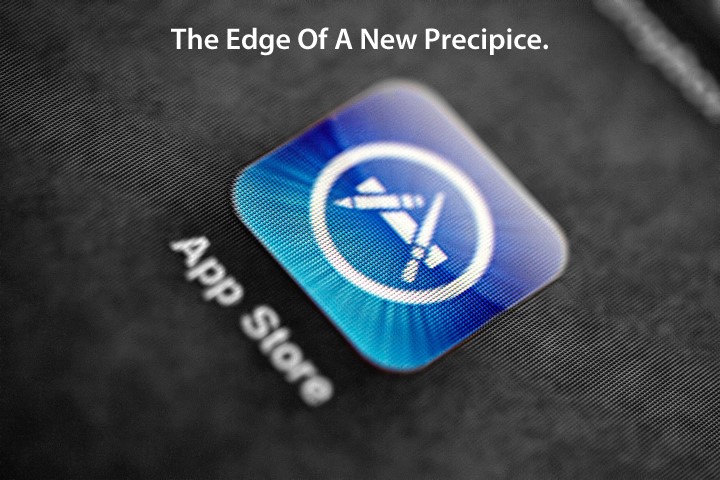 It seems as if mobile applications have been around forever, but they’ve only been with us a short time. Less than 10 years ago, Apple launched the App Store — the first of its kind — and revolutionized the way mobile devices were viewed in the practice of marketing and advertising.

No longer were phones merely tools for personal communication; suddenly, they were transformed into portals for business-consumer engagement and sales. Now, we find ourselves at the edge of a new precipice.

Five to seven years ago, the app store model was booming. Smartphone users were downloading programs by the bundle, developers saw huge profits, and companies such as Apple and Google were delirious … but something has changed.

But this isn’t the only problem. Not only are customers becoming less willing to pay for apps, but they’re also much less likely to download apps of any sort, including free ones. According to one report, the average smartphone user downloads zero apps per month. (Yep, that’s zero with a big fat Z).

These are alarming percentages, and they don’t appear to be improving. Users are still spending lots of time on apps — the report suggests 42 percent of all smartphone time consists of that — but the majority of their time is devoted to just one or two programs.

These apps are almost always major staples such as Facebook or Google. As a result, there’s no longer much room for smaller companies and emerging brands to gain any traction in the app marketplace.

The Shift to AI-Powered Bot Technology

“From a consumer perspective, there are just too many apps,” writes Ben Schippers of TechCrunch. “New apps, by in large, are not providing nearly enough value for consumers to come back, and most simply replicate existing experiences with a story of a better design.”

While consumer boredom is certainly a factor in the decline in popularity of smartphone apps, something bigger is at play. Consumers have gotten a small taste of artificial intelligence (AI) and bot technology in the form of Siri, Slack, Google Now, Nest, and other “smart” tools, and as Schippers points out, “Apps are not an order of magnitude better than their predecessor; thus, adoption drops off as quickly as it started.”

As soon as users realize that AI is a possibility, they no longer have an interest in archaic apps that require manual input and only work when you choose to access them. JP Buntinx, a leading technology blogger, believes artificial intelligence will become the norm by as early as 2020.

Should this not-so-bold prediction come to fruition, it’ll likely render smartphone applications (as we now know them) obsolete. “One should not think of this concept as a way to replace mobile apps, but more as a logical evolution of technology and the Internet of things,” Buntinx writes.

In addition to AI and bot technologies, Microsoft is also a big player in this area. The company already offers bot options within Skype to help users do such things as book flights and hotels. It also has a bot-building suite of developer tools to ensure growth will meet evolving demands.

These are all positive signs that the bot industry is about to kick into high gear, but no statement has been more powerful than Apple’s recent unveiling of Viv, the AI bot that will one day replace Siri. Viv is a next-level AI assistant that recognizes human speech, has the ability to take calculated action, and can solve complex problems based on the inputs the user provides.

In common language, Viv will be able to do things like summon an Uber driver, order flowers, send money, or provide a weather update when there’s a significant change in the forecast. Essentially, Viv will do all the things you might occasionally have wished Siri could do.

The Incredible Potential of SMS

You might be wondering: What does this have to do with SMS? The answer is everything.

As apps grow obsolete and users become conditioned to asking for information and receiving targeted responses, they’re going to turn to AI tools and chat bots. What could possibly power all of these chat bots?

It would have to be some sort of messaging technology that everyone has…. Voila: SMS.

“Combining AI-powered bots with the global reach and reliability of text messaging is an elegant and highly scalable solution for enterprise mobile engagement in our soon-to-be post-app economy,” says Oisin Lunny, our senior market development manager here at OpenMarket. “Millennials, in particular, have measurably wider respect for brands that offer exchanges over SMS.”

Let’s say the oil in your car needs to be changed. With AI-powered bots, a text message will be sent automatically to your smartphone to let you know that it’s time for an oil change. Then it will ask you if it should go ahead and schedule an appointment at the nearest auto shop.

Here’s another example. Let’s say it’s your partner’s birthday today and you forgot until this morning. You could send a text message to the bot and tell it to send a gift to her (or his) office. Everything from the delivery to the payment is handled directly by the AI-powered bot.

The benefits that AI technology — in conjunction with SMS — can provide to a marketplace that’s been experiencing app fatigue could be incredible. We’re on the front edge of this shift and it’s going to be exciting to watch.

It’s vital that your business is prepared for this imminent shift. Instead of wasting your time and money on app development and marketing, it’s time for you to move your attention to SMS.

Contact OpenMarket today to learn more about our industry-leading SMS solutions and how they can help your brand connect with customers.