A grand vision needs a grand view. And, in London, views don’t come much grander than the platform at the top of The Shard.

It was a brilliant place to gather on a warm summer evening to hear about a big, new idea – the age of empathy.

Here are the key takeaways from the evening. 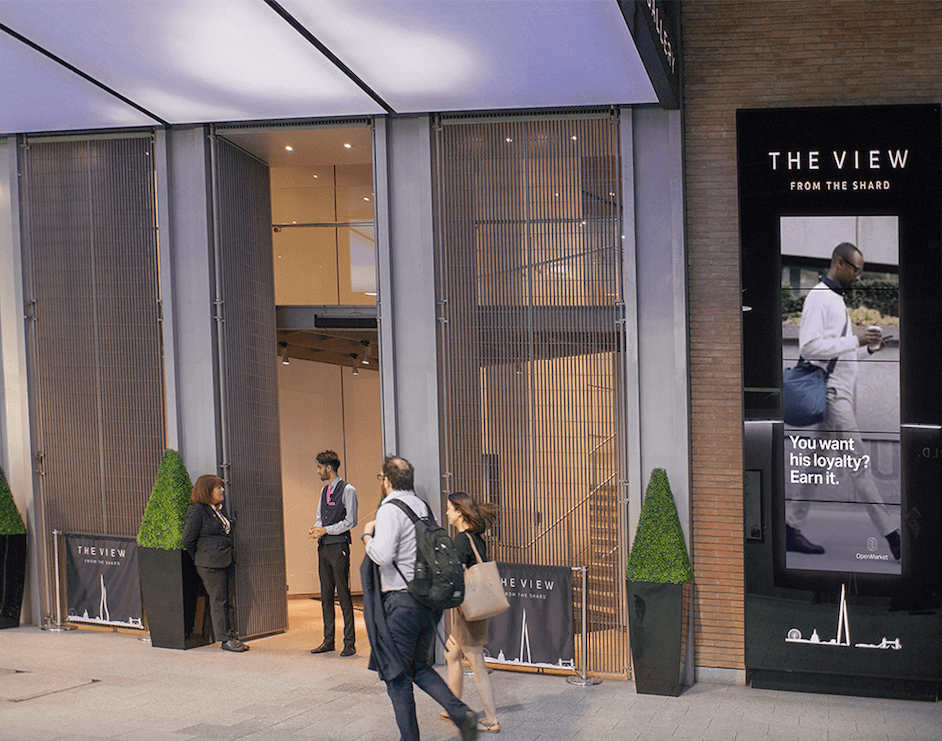 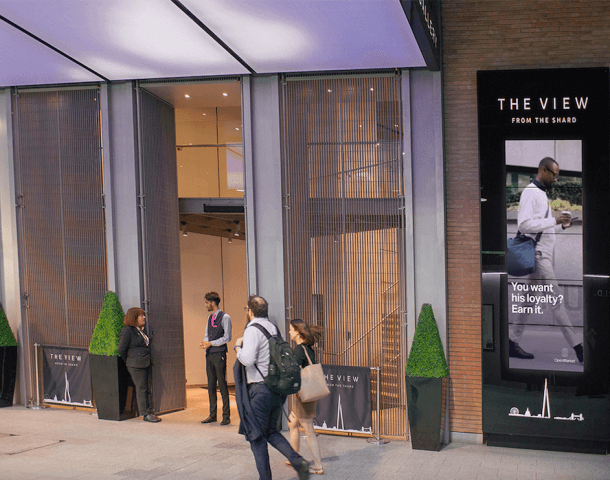 Our first speaker was Belinda Parmar, OBE, the founder of The Empathy Business, a consultancy dedicated to evangelizing – and scientifically proving – the value of empathy in business.

She made a persuasive case that, in an age where divisive politics and economic uncertainty make our public spaces less and less empathic, understanding our emotional impact on others – and making changes as a result – is more important to successful businesses than ever.

While more empathy in the business – and the world at large – has a soft appeal, the numbers don’t lie: the top 10 companies in the Global Empathy Index 2015 increased in value more than twice as much as the bottom 10, and generated 50% more earnings. In her work with clients, Belinda found a correlation as high as 80% between departments with higher empathy and those with high performers.

Infusing company culture with empathy doesn’t have to be dramatic or costly. An effective way to go about it is to systematically deliver small ‘empathy nudges’. They’re things that might feel insignificant in isolation, but in aggregate have a big impact.

One of the examples Belinda cited was a European bank that created an ‘empathy fund’, a small pot of money that retail staff could use at their discretion to engage with customers, for example, by sending a sympathy card to a bereaved client or a congratulatory note for an award.

Then there was the car dealership that updated its classic ‘sales’ attire of ties and suits – which customers had learned to fear – to a look that clients could relate to. These changes, along with other small empathetic gestures, helped sales rise by 23%. 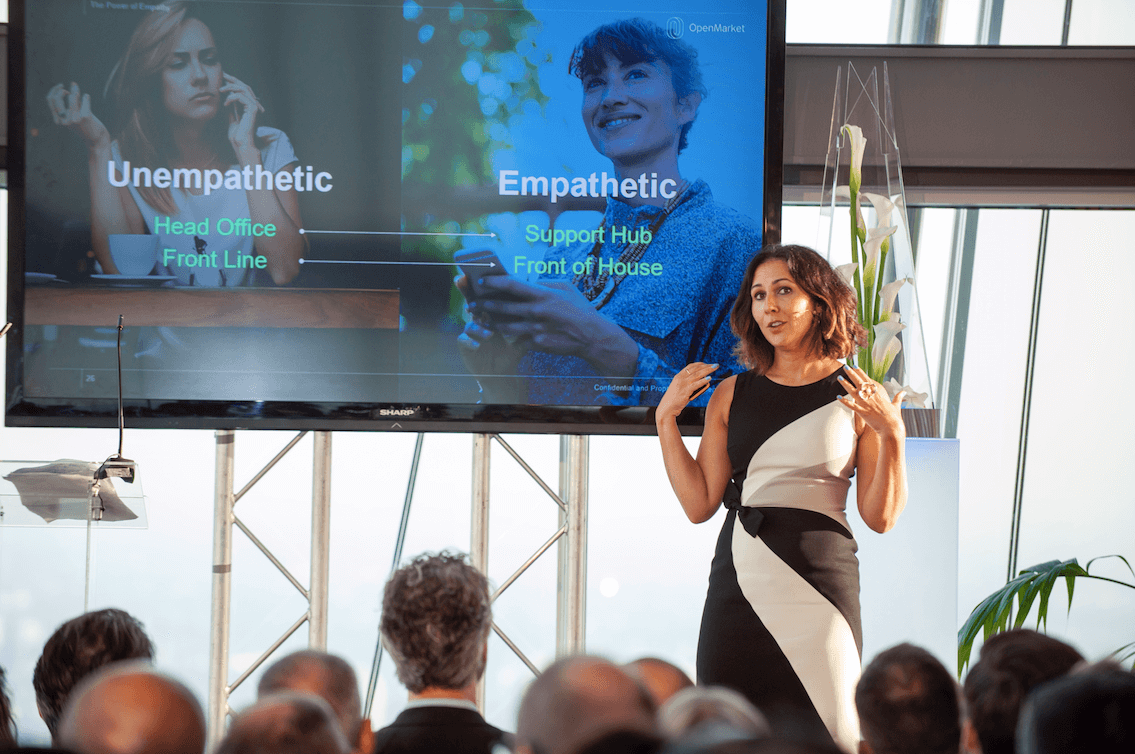 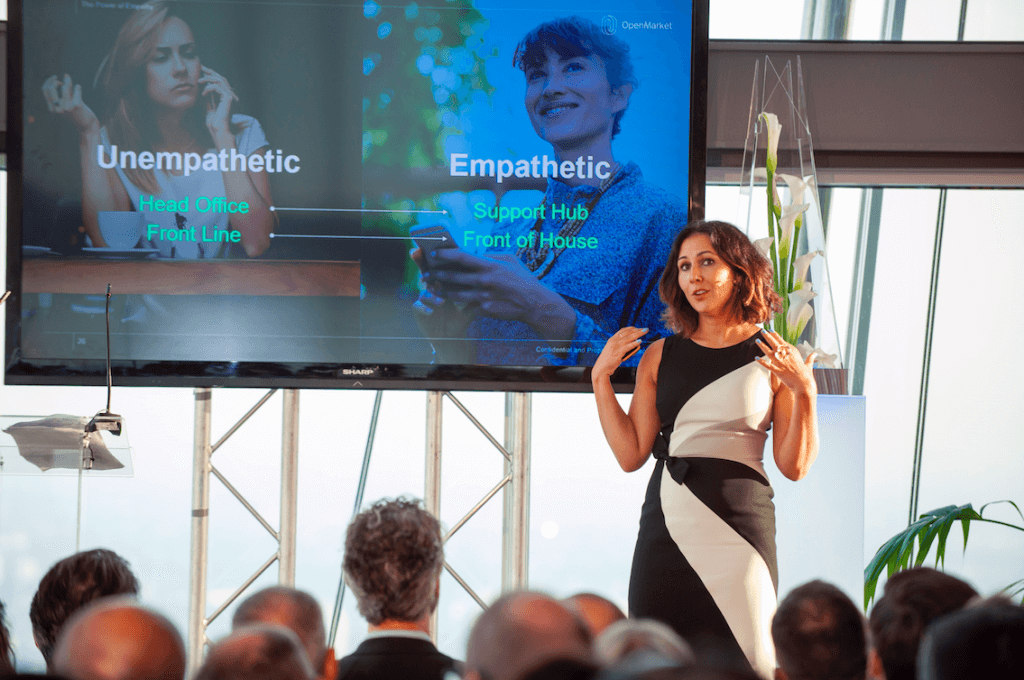 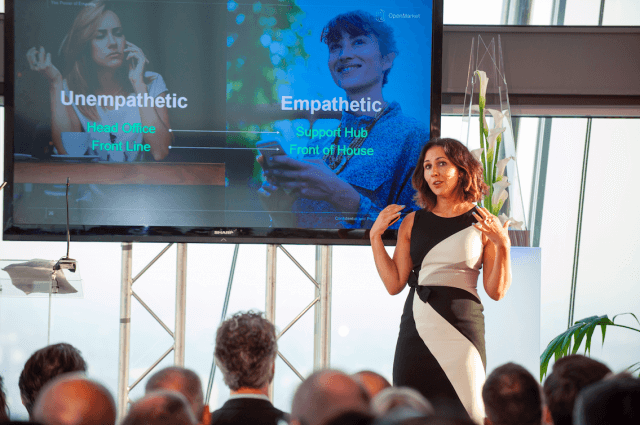 Being nice to customers works

In 2014, Ryanair implemented its ‘Always Getting Better’ program which involved, among other things, scrapping unallocated seating as well as a lot of the hidden charges and carry-on luggage restrictions. The resultant net profit increase from €867 million to €1.24 billion caused CEO Michael Leary to comment: “If I’d only known being nice to customers was going to work so well, I’d have started many years ago.”

It seems like a no-brainer, but so many companies still don’t get it.

No margin of error for bad CX

Later in the evening, Oisin Lunny, Chief Evangelist at OpenMarket, started his talk by reminding everyone of the PR disaster that befell a different airline, United, earlier this year. By throwing a paying customer off a flight – bloodying his shirt and breaking his nose in the process – United displayed such a staggering lack of empathy, it almost defies belief.

But it doesn’t take physically assaulting customers to give them a bad experience. Slow and inflexible communications, missed deliveries, hanging around in a call center queue – they all add up to bad customer experiences.

And, as Oisin showed, customers are getting far less forgiving of such non-empathic treatment. Only eight years ago, 41% of customers would interact with a company again after a bad experience. Within four years, that figure was down to 14%. We’re well on the way towards zero margin of error.

There are lots of ways brands can show empathy to their customers – or not show it. But the main discussion at the event was around the way we, as businesses, get in touch with our customers.

In lots of instances, we’re doing it the way we’ve always done it: email and voice calls. The problem is, that’s what’s easy for us, not what’s good for our customers. Email open rates are 20% (on a good day) and click through is a mere 2%. We might be sending our customers great stuff – but they’re not always reading it. And call centers? Well, everyone has a story about the horror of being stuck listening to flute solos for an hour.

Even mobile apps – which seemed like the ultimate way to communicate with ‘phono sapiens’ – are getting less popular. 25% of installed apps are never used, and 26% are abandoned after one use. 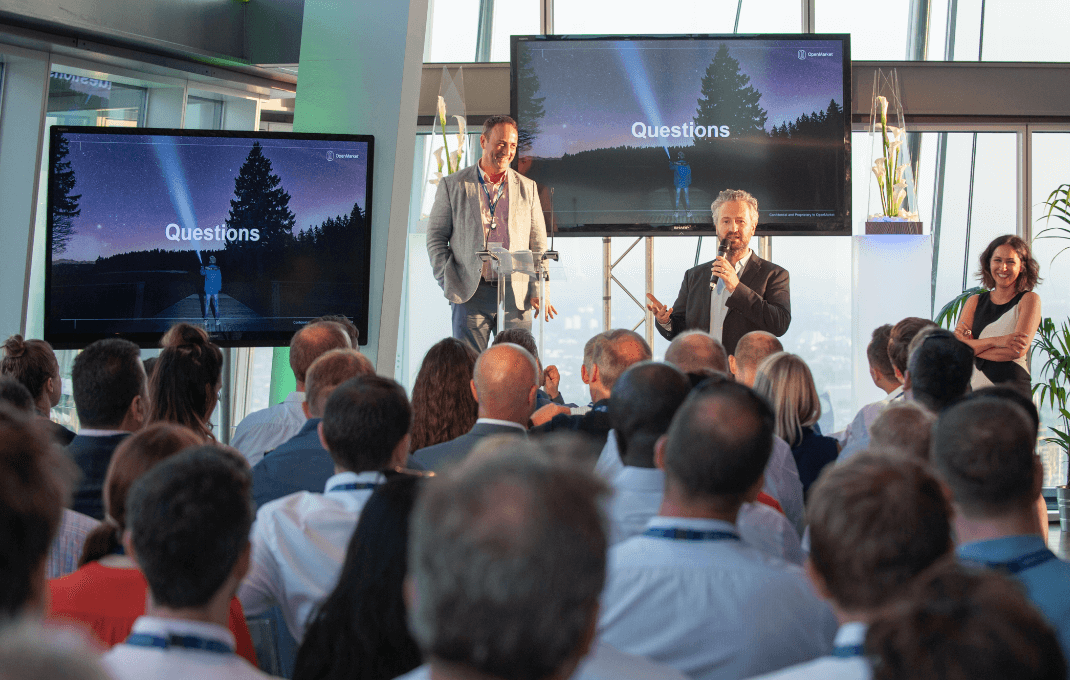 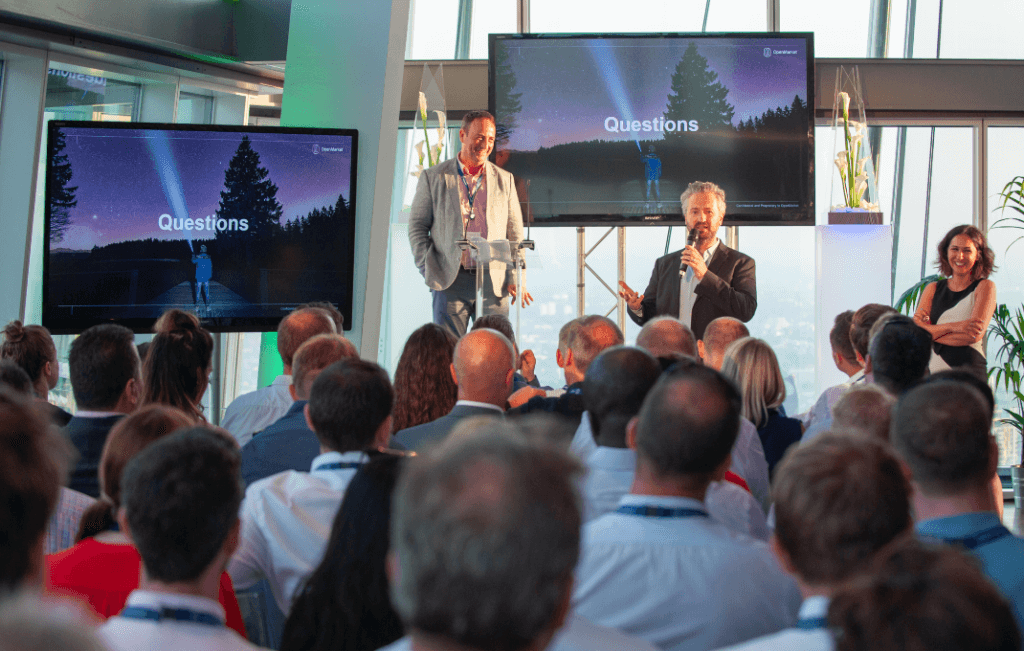 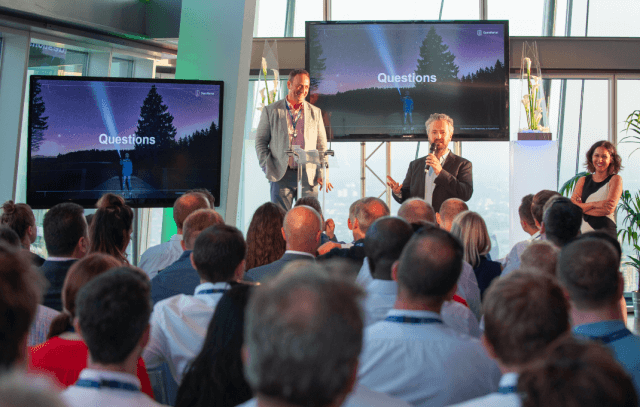 The age of empathy starts now

We learned a lot about empathy at The Shard. Basically, we know that businesses want to interact with their customers better and deliver a better CX. But how do they do that exactly?

The answer lies in SMS. We truly believe that text messaging offers businesses a really good way to interact with customers by cutting through the noise that other channels don’t. And we think SMS can play a big role in ushering in the age of empathy.

You can read the full story in our eBook The Empathetic Interaction. Or if you’d like to chat about the ways your business can increase its empathy using text messaging, get in touch.

Watch the video to see the highlights of our event and the best bits of the talks from Belinda Parmar, the founder of The Empathy Business and Oisin Lunny, Chief Evangelist at OpenMarket.