How ‘Direct’ Should You Be? 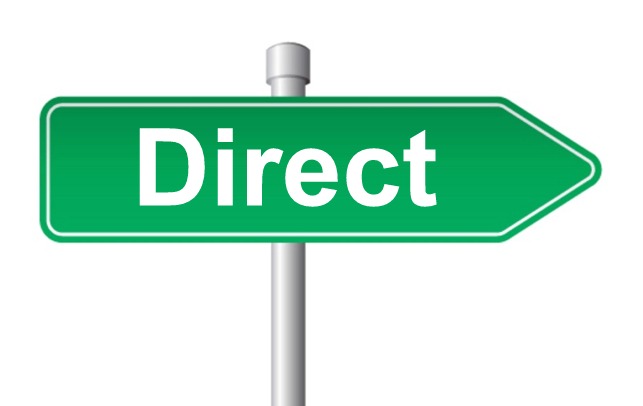 When two people communicate and you are the famous fly on the wall, you will observe very different levels of directness depending on personal character and cultural background. Being very straight forward and direct, e.g. a German might very much appreciate you coming directly to the point, while an American will find the same words incredibly rude, and having lived in different countries, I have encountered many of these cultural communication clashes – myself included as culprit…

Now, in my job as Product Manager for Global SMS, I increasingly encounter a similar question from customers: How direct are you when you deliver my A2P messages?

It is a very encouraging question, I find, since it shows that our SMS industry is moving away from “who has the lowest price?” to “how many directs do you have?”

So the industry is evolving from least cost routing, which was fueled by grey routes as I have described in “50 Shades of Grey Routes”, to a desire to select quality before price.

But what is a direct connection? And, does “a direct” always provide the highest quality?

The definition of being direct is unfortunately ambiguous and led to an interesting panel discussion at the last Capacity Conference in London, where Rob Malcolm rightly reported that some SMS aggregators would count their grey routes as directs – which technically is correct, but inherently contradicts the association of directs with predictable and sustainable quality. Pontus Berg made a solid and direct (no pun intended) attempt at defining what ‘direct’ means. The matter is more complex than you might think.

Assuming we confine to the most extreme level of directness, which is to have a direct commercial agreement with the destination network and a technical connection to the SMSC of that network so that all SMS messages are delivered on-net only (since a live number lookup had been done prior to exclude ported numbers). Is that, then, the best quality connection you can have?

My esteemed OpenMarket colleague Chris Wilson, who has spent more than a decade of his life working on routing messages to literally every corner of the world, will answer: “Kind of. In general yes, BUT…” In fact, these direct ‘direct’ connections often rely on an SMPP connection to the carrier that might have a problem or, the SMSC of the carrier might have a capacity issue as many might have experienced at midnight New Year’s Eve a couple of years ago. At the same time, the international link from a foreign operator is working flawlessly and messages going that less direct way are being delivered just fine.

So what’s the bottom line? Well, it is like with human communication, when being direct alone is not the key to a mutually successful interaction. You need to be aware of the potential pitfalls of any form of communication, e.g. the cultural differences between humans or, as we do at OpenMarket, be aware of the benefit of any route to a destination. Our ultimate goal is to always deliver the message with the highest quality possible by resolving all of these complexities for our enterprise customers.
Contact us if you’d like more information.