How the Internet of Things Reduces Manufacturing Downtime 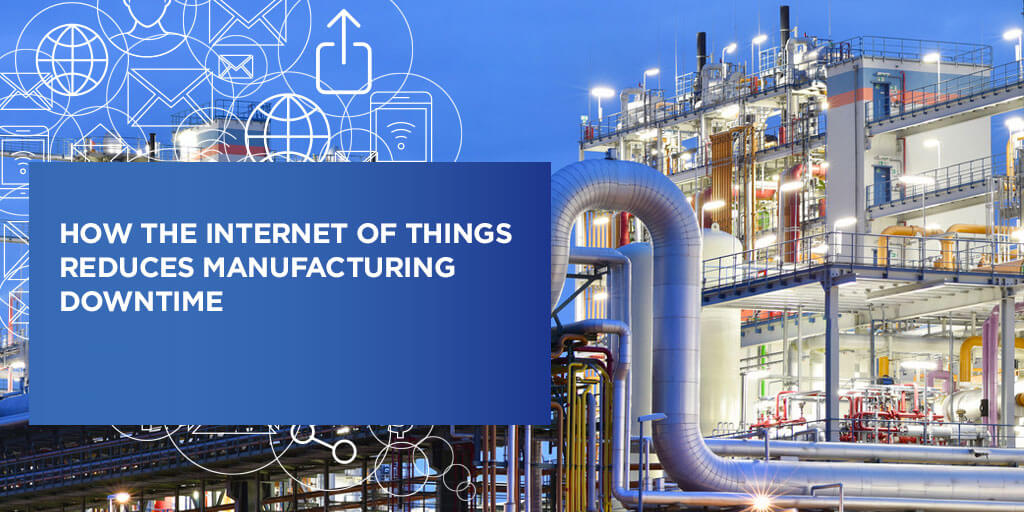 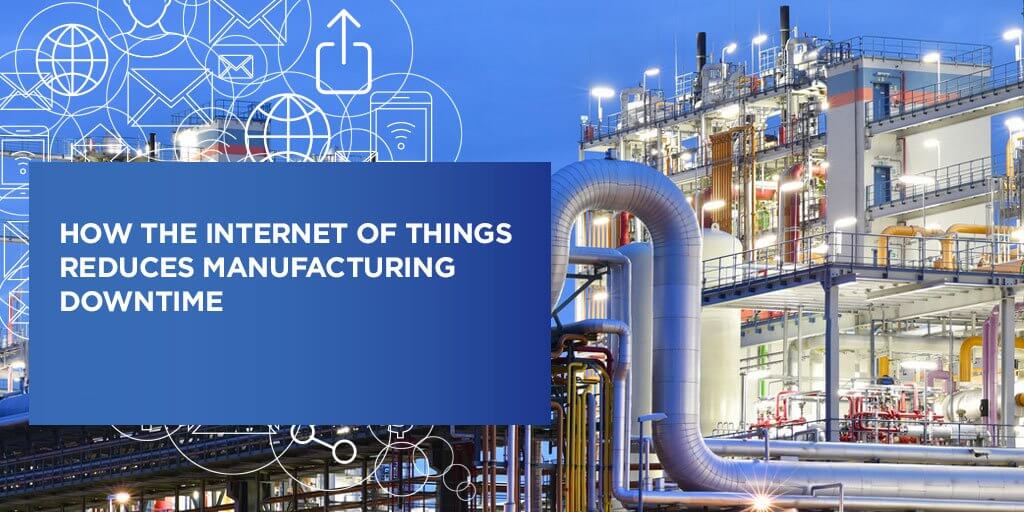 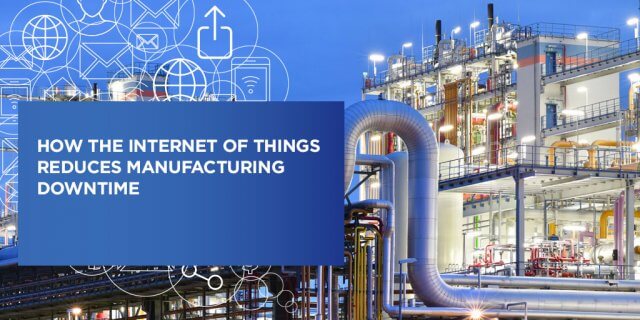 From mechanized weaving in the first Industrial Revolution to Henry Ford’s preference for black Model T cars because the paint dried faster, the history of manufacturing is an ongoing quest for disruptive technology that builds things better, faster and cheaper.

As once dumb machines become smart enough to collect and communicate data, it’s clear that the next Industrial Revolution will hinge on the Internet of Things (IoT). Dubbed Industry 4.0, it promises to deliver another fundamental shift in manufacturing processes just like mechanization and steam, assembly lines and electricity, computers and automation.

For nearly a decade, the number of “things” connected to the ‘net has outnumbered people. There are already 15 billion but some industry watchers predict there will be 200 billion by 2020. Manufacturing is a key driver. A Zebra Technologies survey found that 83 per cent of manufacturers had either implemented IoT or were planning to in the next year.

The industry has barely scratched the surface when you think of the possibilities this will open up. For instance, an oil rig’s 30,000 sensors might now only detect and resolve anomalies, but further analysis of their data could improve processes or identify potential issues.

This will become more common over the next five to 10 years. As the price of sensors continues to fall and the number of applications increase, manufacturers are expected to spend $US13.49 billion on IoT by 2020. This projection is up from $4.11 billion in 2015. A TATA Consultancy survey found manufacturers who implemented IoT increased annual revenues by an average of 28.5 per cent.

The focus on leaner manufacturing is not a new idea. It’s been kicking around since the 1940s when engineers Taiichi Ohno and Shigeo Shingo developed the Toyota Production System featuring the famous Seven Wastes: practices that don’t add value to your product and should be eliminated wherever possible. That philosophy still underpins manufacturing, although somewhat ironically for a process championing leanness, it has gained an eighth “waste” more recently. Happily, this new addition has created the nifty acronym, DOWNTIME.

As the production line becomes smarter, it doesn’t need humans looking over its metaphorical shoulder. If there’s a problem, it will tell you. With Radio Frequency Identification (RFID) tags, materials are tracked through the manufacturing process from the moment they arrive. If anything unexpected happens, your line manager will be contacted, so they can act before one teddy bear with two left feet becomes a shipment of them.

In some situations sensors are eliminating defects entirely. They’re used to check the humidity before a General Motors car is painted at some production sites (Henry Ford would be jealous) and assure food manufacturers that perishables are not exposed to unsafe temperatures.

Cognac maker Rémy Martin rolled out tamperproof tags on bottles in markets plagued by counterfeit high-end spirits, such as China. When scanned with a smartphone, the tags reassure purchasers the bottle is genuine and, in bad news for anyone attempting the ice tea minibar switcheroo, unopened.

With your production line talking to the network in real-time, the left robot-hand knows what the right robot-hand is doing and doesn’t produce too much, or too much at the wrong time. Machines can change their configurations to required specifications, making smaller runs or on-demand manufacturing viable.

Fault notification sensors issue alerts when performance levels start to drop, meaning your engineer can be sent out to do maintenance before a machine fails. In an ideal scenario production is switched to another machine to eliminate disruption. Even if that’s not possible, the time spent waiting for the original machine to be fixed will have been minimized. Some tools can even recognise incorrect use, protecting unnecessary wear and avoiding the delays that this might cause. Status updates sent to machines further down the line ensures they’re ready to go when needed. A system that can be fully visualised online identifies bottlenecks and automatically rectifies them or failing that, tells a manager who can.

That old trick of carrying a clipboard and walking purposefully to affect busyness no longer flies. With the whole system online, it’s easier to see what’s being produced and where. Workers are empowered by improved communication, knowing exactly what needs to be done, when and where. As a range of menial processes such as manual data collection are automated, your employees are freed up to concentrate on using their skills for more meaningful tasks that can’t be automated.

The more things move around, the more time it takes to complete the production process and the more it costs. A smart automated system will route a product on the most efficient trajectory through your production cycle. This can even be extended into the logistics of delivering products to customers by messaging your truck driver with an alternative route because of nightmare peak-hour traffic.

With the ability to monitor the entire system and make predictions, maintaining a Just-In-Time production model becomes easier. It also leads to a broader question about the necessity of ownership. With the rise of cloud computing, software and infrastructure are being accessed when and how they’re needed. Streamlined processes requiring minimal human intervention and allowing remote observation means it might no longer matter who owns what and where.

In the eight wastes, motion refers to unnecessary movement. The classic example is the bricklayer stooping to pick up a brick from a pile on the floor instead of a waist-high platform. With network monitoring, wasted motion can be identified and avoided. You don’t need to know where a smart handheld tool is located if the jobs that require it can automatically be routed to the operator.

Smart autonomous devices avoid seeking unnecessary permissions. Where they are needed a quick ‘YES’ or ‘NO’ notification text to the right person in your organisation minimises disruption. Changes can be communicated instantly to those who need to know, without interrupting those who don’t. Companies are also more responsive to incoming data, right down to the online consumer review about less than ideal features.

As with the Industrial Revolutions that have preceded it, the rise of IoT allows manufacturers to take charge of production in a way never before possible. Those who fail to grasp it risk being consigned to the dustbin of history by competitors who are doing more with less.