Smartphone Addiction and How Retailers are Leveraging It for Profit 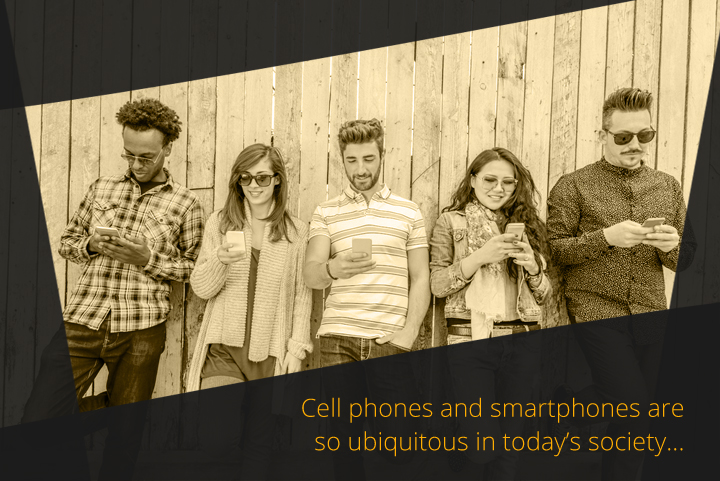 Cell phones and smartphones are so ubiquitous in today’s society, we often forget that just a couple decades ago we lived in a world where very few mobile devices existed. Somehow, in just 10 or 15 years, millions of Americans have not only purchased and used smartphones – but they’ve also become addicted to them.

A Look at the Smartphone Addiction Pandemic

Smartphones have essentially become extensions of our own bodies. They are almost always within reach and we tend to feel a little lost or empty when we don’t know where they are. If you’re like most people, your smartphone is always somewhere nearby – in your pocket, on the bedside table, in your purse, on your desk, clipped to your belt, or sitting in your car’s cup holder.

You aren’t alone, though. According to a survey from the Pew Research Center of more than 3,000 Americans, 90 percent of respondents said they frequently have their phone with them. And it’s not just a millennial issue, as 95 percent of cell phone owners between the ages of 30 to 49 report frequently carrying their phones with them.

And despite negative connotations attached to using a cell phone in social settings – such as during dinner, at the movies, in a meeting, or in the middle of a face-to-face conversation – 89 percent said they have used their phone in their most recent social situation.

Here comes the really interesting information. According to the data, younger adults – those in the 18 to 49 age group – very rarely turn their phones off. Only 3 percent said they do so on a regular basis. Roughly half – 48 percent to be exact – rarely turn off their phone, and 34 percent never turn it off.

Okay, so people like their phones…so what? Well, “like” isn’t a strong enough word – especially for the youngest age brackets. According to a recent survey reported on by CNN, half of all teenagers are addicted to their phones.

“Nearly 80% of teens in the new survey said they checked their phones hourly, and 72% said they felt the need to immediately respond to texts and social networking messages,” CNN notes. “Thirty-six percent of parents said they argued with their child daily about device use, and 77% of parents feel their children get distracted by their devices and don’t pay attention when they are together at least a few times per week.”

But again, it’s not just younger people. The same study shows that 69 percent of parents check their devices at least hourly and 48 percent feel the need to respond immediately to texts and social media messages.

And just to further drive the point home about how addicted Americans really are, check out the following data points as curated by researcher Tyler Durden:

Those may initially seem like shocking statistics, but you’re probably guilty of at least some of them. For better or worse, it’s just the way we’ve been conditioned.

How Retailers are Seizing the Opportunity

While we can spend hours arguing whether or not smartphone addiction is good for Americans, this is where we are. And from a purely business standpoint, it wouldn’t make sense to overlook this massive opportunity to reach and engage customers of all ages. Retailers certainly aren’t.

If you look at some of the data from the report that we recently published in partnership with RetailWeek, you’ll notice that there’s an opportunity for retailers to use this mobile communication channel to their benefit.

When asked if they’re happy to receive text messages from retailers, 38 percent of customers said they are. Another 40 percent said they are, but only for certain purposes. In other words, balance is the key. Only 3 percent of customers are okay with being contacted once per day by an individual retailer, while 25 percent say they’re fine with receiving a text once every couple of months.

The versatility of SMS is what makes it so attractive to so many retailers. Some of the possibilities, ranked by consumer preference, include order confirmation and delivery updates, in-store pick-ups, loyalty programs, personal offers and discounts, customer surveys and feedback, new product announcements, new store openings, and products viewed online.

While the opportunity for garnering large returns certainly exists right now, the future is even brighter.

“There are so many channels to communicate with the consumer nowadays; it’s very hard to decide which one is right for your business. We like SMS as we know it’s a channel that every person who owns a phone can be reached on – unlike social media and email,” a marketing director at a leading fashion brand explained in our RetailWeek guide. “That said, social will play a bigger role going forward as our audience becomes increasingly savvy with using the technology.”

With SMS, retailers get extended reach, higher response rates, increased customer retention, and the ability to target and track campaigns at a micro level. There are still some wrinkles to be ironed out in terms of what customers want and when they prefer to be contacted, but we’re gaining more insights into these issues and retailers are thrilled about the present opportunities and future uses.

Let OpenMarket Help You Get Started

Enterprises all over the world are increasingly relying on OpenMarket to handle their SMS and mobile communication needs. If you’re looking for a reliable and trustworthy partner that will help you reach and engage your customers, then you’ve come to the right place.

Contact us today and we’d be happy to help you get started with SMS!