For the past few years, marketers have had to make key decisions in terms of how to engage mobile users. While there are dozens of very specific strategies, there have ultimately been two major choices: SMS or mobile apps. In 2016, the numbers clearly show that one is fading, while the other is becoming more important than ever.

The Rise and Fall of Mobile Apps 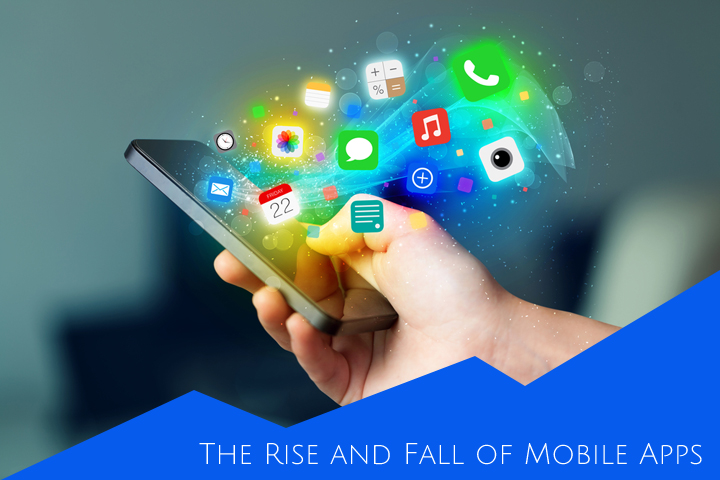 Since the iPhone was introduced in 2007, mobile apps have become synonymous with smartphones. For nearly a decade, they’ve dominated the conversation in business and technology.

Everywhere you turn, someone is claiming that your business needs a mobile app to connect with customers. So, for years, businesses have blindly invested in mobile apps. Sadly, the vast majority of these brands have yet to see a positive return. In fact, numbers have steadily declined over the past few years.

There’s no denying that mobile apps were tremendously successful at their peak. Just consider the following statistics and data points as gathered by Greg Hickman of Mobile Marketing Engine:

However, somewhere along the way, mobile apps began to fall. While mobile app usage remains healthy, the truth is that a select few apps account for the vast majority of total app usage. Consider the following stats that Greg Hickman also highlights:

“The thing is, we really don’t need many apps. In fact, we could probably kill off about 95% of mobile apps out in the ecosystem and nobody would even think twice,” experienced marketer Aaron Strout boldly proclaims. “This is because, in many cases, the mobile web can get the job done — for less money, and with more flexibility.”

The Growing Influence of SMS

On the other hand, SMS seems to be experiencing a surge in popularity and marketing effectiveness. Nine out of ten people own a cell phone with SMS capabilities, while 90 percent of all text messages are read within three minutes of delivery. These are pretty impressive statistics.

While mobile apps plummet, SMS use continues to rise. It’s the closest thing a marketer has right now to guaranteed visibility. In a marketing landscape where consumers are bombarded with messages, and can only consciously engage with a fraction of the brands in front of them, SMS is an outlier. It has a nearly perfect 98 percent read rate, which easily trumps email and mobile app notifications.

“It seems SMS is one of the digital marketing tools that have stood the test of time, taking businesses from strength to strength,” says marketer Nadya Ahmed. And if you look towards the future, the growth and influence of SMS doesn’t appear to be slowing down any time soon.

While you’re probably quite familiar with SMS in your own personal life, don’t be ashamed if you know nothing about SMS as a marketing tool. With the following simple tips and best practices, you can launch your first SMS marketing campaign in very little time.

The first key is to ask for permission. Unlike other forms of marketing, SMS requires the customer to opt-in. It’s actually illegal and unethical to force mobile messages upon an unsuspecting customer. You should also make it easy for users to opt-out once they’re a part of your list. This ensures you don’t run in to any trouble down the road.

Customers expect mobile messages to be highly personalized. If you’re sending the same messages to your entire list, then something’s wrong. Segment your audience to ensure you’re maximizing clicks and conversions. A failure to segment could result in high opt-out rates.

Timing is a crucial part of SMS marketing success. It’s imperative that you know when your users are more likely to engage with messages and to focus on these times. Some of this will come after trial and error, but you can also do some advanced research to figure out industry wide trends.

Simply sending a mobile message doesn’t mean you’ll experience great results. There’s a huge gap between the rate at which text messages are opened and the rate at which specific links and CTAs are clicked. In order to enjoy higher conversion rates, you’ll have to be specific and enticing with your messaging.

Finally, don’t forget to balance the frequency of your messages. According to digital marketing expert Brit Tammeorg, a general rule of thumb is four to six messages per month, or one to two per week. Anything more and you risk annoying the recipient.

At OpenMarket, we’re widely considered to be the premier provider of enterprise mobile messaging solutions. And at the very cornerstone of our product offering is SMS messaging – the single most versatile and widely used mobile channel in the world.

When you partner with OpenMarket, you instantly gain access to a massive, enterprise-grade network that works with some of the most renowned organizations in the world. If you’re looking for global reach, a network you can trust, and responsive customer service, then you’ve come to the right place.

Please contact us today, and we’d be happy to put you in touch with a representative who can discuss the specific impact an investment in SMS will have on your future business growth.