Why is Mobile Messaging Such a Great Area to be in Right Now? 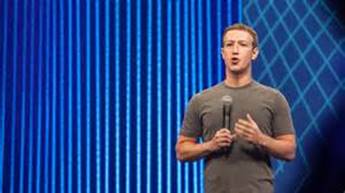 This is a question I get asked a lot, so I thought I’d share my answer more widely. OpenMarket helps organisations with mobile messaging, and as a result, it’s been very successful. But why is that? Fundamentally it’s because we surf several waves that are really sociodemographic in nature and they are not about to go away any time soon. These are:

“I don’t know anyone who likes calling businesses. It’s not fast or convenient, and it definitely doesn’t feel like the future.”

This is a very elegant way to say that people have an increasing desire to interact with organisations on a daily basis via an asynchronous means: they don’t wish to be tied up on the phone. If you’re under the age of about 35, you’re used to doing three things at once anyway, so phone calls certainly don’t appeal to you. If you are a bit older and remember how it used to be before the digital age, then you’re still likely to prefer getting most of your stuff done off the phone. Recently this very point was cited in our own study showing that 75% of millennials would rather lose the ability to talk versus text.

OpenMarket is a leader in mobile messaging, specifically SMS or text messaging which works on any phone, any network, any country, even when roaming. It’s a great option for any organisation wanting to give its customers a communication channel they now prefer.

2. For most people, their mobile phones are never more than 3 feet away

Morgan Stanley found that 91% of people have their mobile phone within 3 feet 24 hours a day, 7 days a week. If like me, you don’t have the phone near you at night, this can sound surprising. But when I ask my colleagues and friends, it’s often the case that their phone is nearby and often provides the alarm to wake them up. This sort of ability to reach people during their every waking hour, and in such a personal way, is unsurpassed.

3. The rise of Consumption Economics

Why pay for something upfront you are going to use now and again; why not just pay when you use it? That is the fundamental premise of Consumption Economics covered well in this book from 2011. Essentially in the past people made big investments in technology, and then used them as and when they needed. The cost was fixed, but the amount of usage was undetermined. Sometimes the systems received a lot of usage, but sometimes not, and in those cases a large outlay has perhaps not been justified.

Nowadays, with the rise of businesses like AWS, there is no need to invest valuable capital expenditure up front, you just pay for it as you use it. There is no risk of investments not paying off, and no need to generate large sums of money up front before you can get started. In people’s personal lives, they are also moving towards this model. My colleague Giovanni’s excellent article on his own car sharing experience sums this up perfectly.

With messaging based solutions, it’s likely that the majority of cost is going to be based on transactions. If you don’t use it, then there is no financial penalty. If you use it a lot because it makes your customers love you, or it delivers you a transformational step forward in some key business process, you’ll be paying more but you will be pleased to do so because of the outcome.

4. Messaging is cheaper than using the phone

Recently we were talking to one of our big customers based in Europe, and for them customer care phone calls work out to be about $30 per incident. As we all know, an SMS message is substantially less than that, and even when you add on the costs of a platform to do the receiving and sending, you can see pretty quickly that with a lower variable cost, it doesn’t take very long at all to get a payoff. Even chipping away at the number of calls over an extended period of time returns a very high ROI.

If your organisation is already making ample use of mobile messaging, and we don’t know you, please get in touch as we’d love to show you what we do for other organisations. If you like the sound of these benefits, and wonder how you can get started, give us a call and we’ll show you how it’s done! We’re experts in taking companies through that journey.